I have composted our food scraps for decades.  Originally, decades ago, I just had a compost ‘pile’, in that it was a place, at some distance from the house, that I could heap the scraps and let them rot.  This worked… ok.  The down-side is that there was always something willing to rummage through the pile and spread it around.  In our particular circumstances at that time, space was not an issue, and there were no neighbors to care, so it didn’t bother us.  And our garbage was certainly easier to deal with without the smelly food parts. 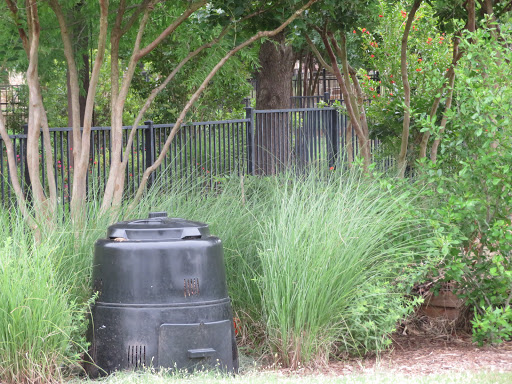 Once we moved to within an urban area, where there are more prying eyes, and raising eyebrows, I managed to get a big, plastic, dome-shaped composter with a top-opening lid. It’s somewhat reminiscent of Darth Vader’s helmet, actually.

I found that if I just kept the food scraps and water coming, then the composter kept happily breaking it down into … a much smaller pile that eventually becomes a treat for the garden, or flowerbed, or lawn.

It never ever smells bad, there are not any houseflies, unless you put meat scraps into it, and – Voila! – you instantly have almost no household garbage, except plastic, that needs to be somehow gotten rid of.

I will grant you that this is less of a concern if it isn’t you that has to drive the garbage off to the landfill yourself.

For much of that time, I had only one composter, and so there was always the dilemma of whether to start a new pile somewhere, so as to allow the old pile to completely break down into useful compost, or to just keep on adding, and at some point having to dig out only partly composted items and add them to the garden, flower beds or yard.  Two years ago, I managed to get another of the same sort of composter, and haven’t looked back.

Composting here in Texas has one major advantage – all that heat!  Composting generates heat; the bacteria, worms and other wrigglies that are so happy to eat all those leftovers are more productive, for a longer part of the year, when they can keep up their temperature.  Warmth allows the metabolic processes, enabled by digestive enzymes, to keep on happening.  Just in case you were wondering why composters are generally colored black.

My composters, here in Texas, have been primarily full of a type of fly called Hermetia illucens, the Black Soldier fly.  Apparently they are a very common compost fly, though I had not seen them before moving here.  They strike me as ‘not very bright,’ in that they are not terribly nimble, perhaps because they are so large, and they are not speedy.  As such, they make a delectable, relatively easy treat for birds. 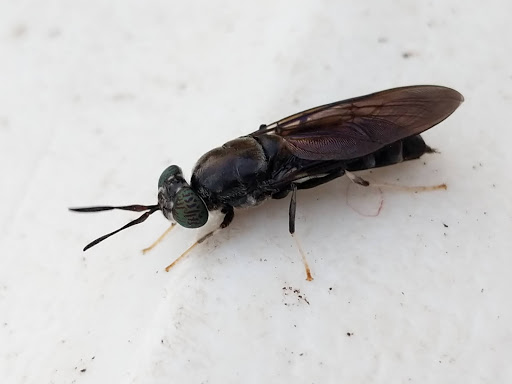 And – they are remarkably productive!  Nearly every day, when I go out to ‘feed my bugs’ I tip in my salad bowl of whatever will rot.  This includes: ripped up paperboard food packaging, clipped up bamboo skewers, used paper towels and kleenexes (eew!) and of course all the leftovers from every vegetable and fruit that has been trimmed, peeled or some had some inedible part removed.  The ‘roiling mass’ as I have come to affectionately call the fly colony, seems to practically seethe upwards with anticipation when I open the lid with a fresh load.  We also add most of the lawn trimmings and fall leaves.  I am not particularly squeamish, but watching the open composter for a while can certainly cause a person to contemplate the circle of life in ways most of us probably would rather not.

And speaking of the Circle of Life – the ultimate reason for bringing up my composter is that it has proven to be my most effective wildlife attractant so far.

No – not raccoons!  And No – not rats!  This year it became evident, perhaps because I was home so much to be watching, how significant it is for other creatures in my yard.  Thus the title.

This spring I moved the bluebird nestbox to a crepe myrtle in the back, near the composter, and the Eastern bluebirds moved in and have so far had two nestfuls fledge.

The male is currently back, singing away, game to get started again, but the female has, apparently, decided she is done with child-rearing for the time being. 😉

The bluebirds had a ready source of flies to help them feed their hungry chicks.

Additionally, there was a ready source when the fledglings were learning to hunt. 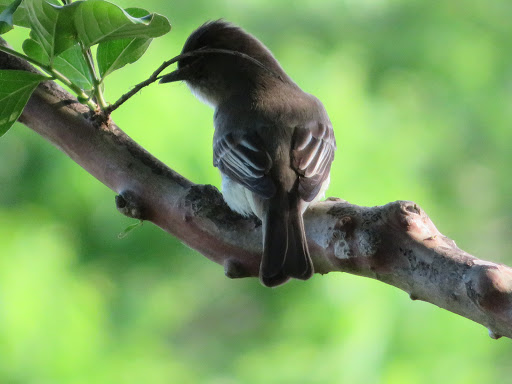 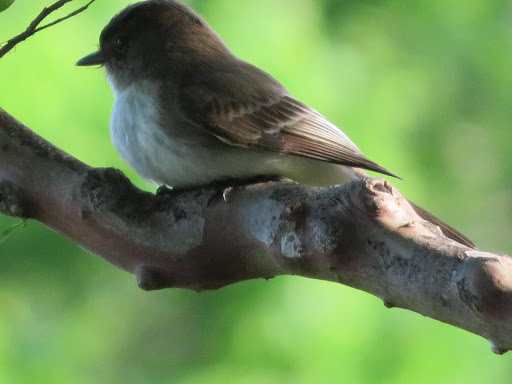 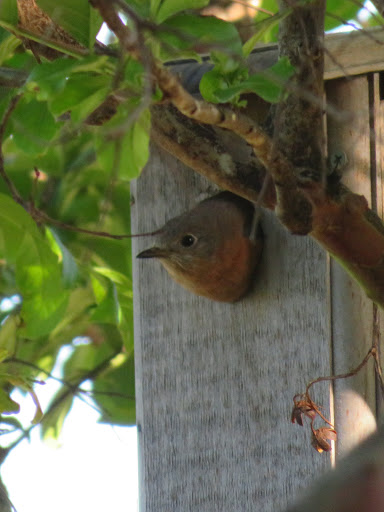 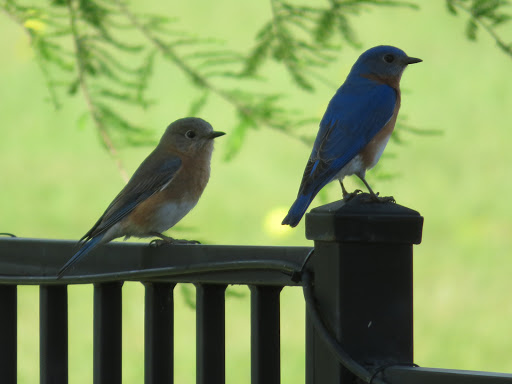 There was also a family of Eastern phoebes that managed to raise their chicks on a high-Soldier fly diet, as have the nearby mockingbirds, and a host of neighbourhood Barn swallows. 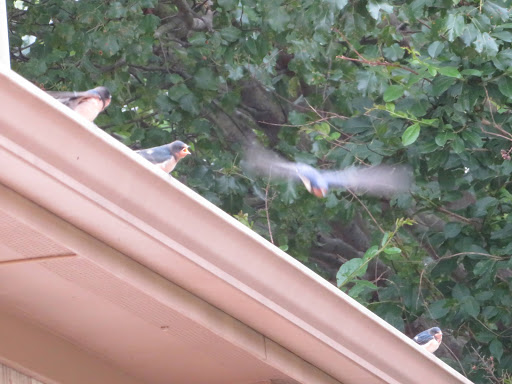 Most of the birds had moved on as of about a week ago as things dried out and the real heat moved in. 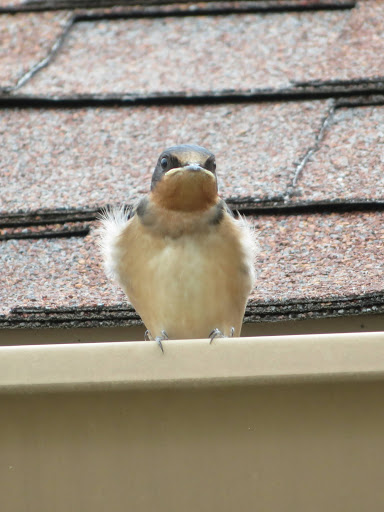 There have been other benefactors too.  Last spring, while planting a tree near the composter, I came upon enormous grub larvae, perhaps of a rhinoceros scarab beetle, which as larvae feed on rotting vegetation.

This spring, we have had an influx of Rough earth snakes, Green anoles, a common five-lined skink, and the usual complement of Mediterranean geckos. 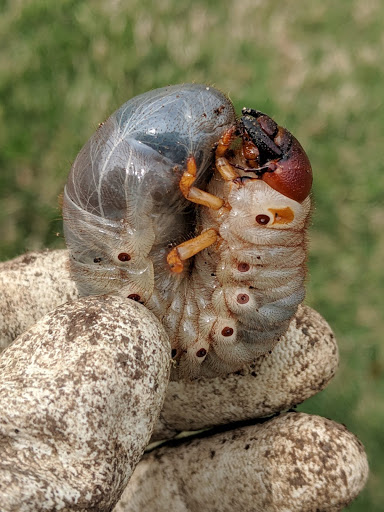 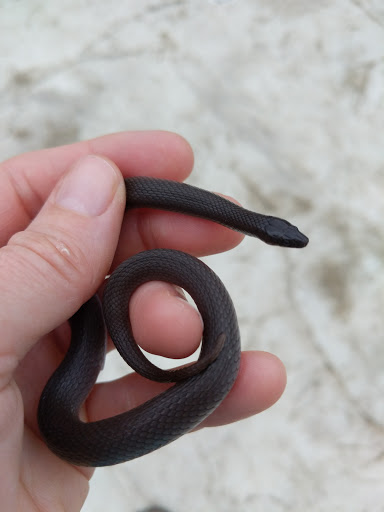 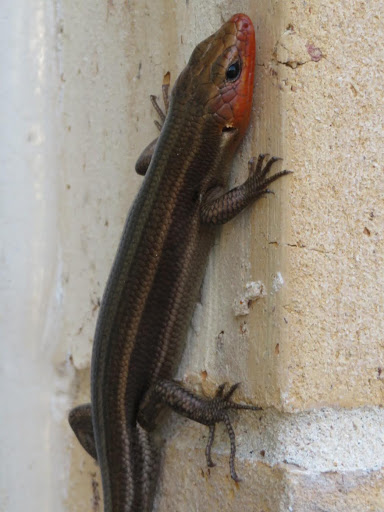 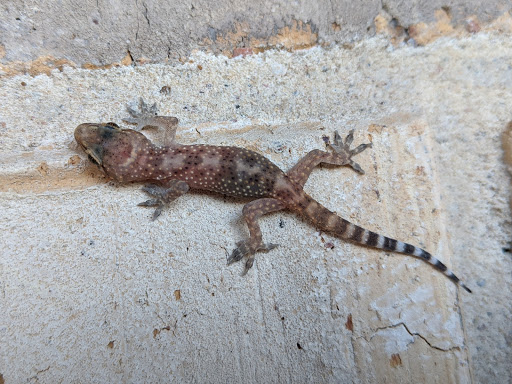 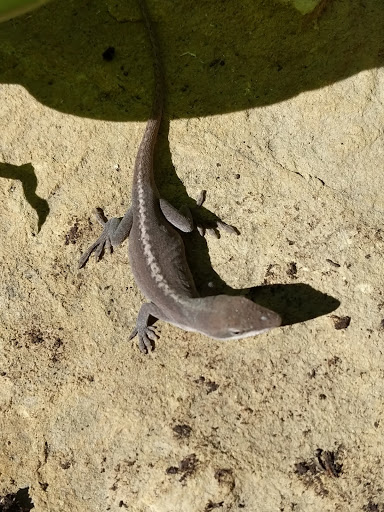 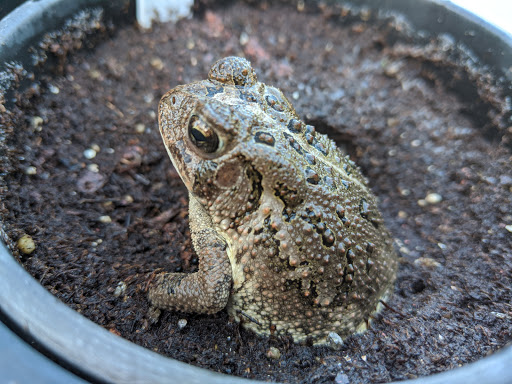 There are a number of Woodhouse’s toads and the occasional Great Plains toad that appear in the evening. 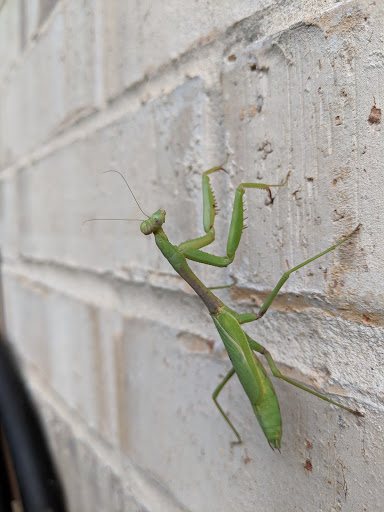 The crowning unexpected observation was just a few days ago when I rounded the corner of the garage and was suddenly in a dragonfly convention!  There were at least a dozen large dragonflies, swooping and diving, and clearly oriented around the composter, feasting.  I’m guessing that will also help out with any mosquito issues.  Now, if I could just get them to eat the chiggers…

All of this is not to explain to you how to compost, or whether you should, but to point out that it is terribly easy, and unbelievably effective, and requires virtually no work, while having so many positive outcomes.  I would rather not have to do something if it requires a long and complicated recipe.  There are some really great resources out there that explain the finer points of composting: adding proportionate amounts of greens (fresh) and browns (dried) and mixing and watering, but benign neglect seems to work well enough for me.  And the Soldier flies, birds, and even dragonflies, – they seem to be fine with it too.