The Trail Name in Texas History
Throughout our history, roads have existed as symbols of progress and growth. It was a road which enabled Paul Revere and others to spread news of our pending independence across the land; it was a road which took Daniel Boone westward; it was a road, a major Royal Road, a King’s Highway, which linked us in Texas with our neighbors to the south and which played a major part in our development as a state.

The road began as a series of pathways which followed the exposed Weches bedrock formation across Texas. Through the years, it became a corridor of many roads as travelers along the road adjusted their route to meeting changing conditions, especially those caused by weather.

To honor this heritage, in October, 2004, the United States Congress authorized El Camino Real de los Tejas National Historic Trail. This gave official recognition to this remarkable historic trail crossing Mexico and the American states of Texas and Louisiana. Its purpose was to link Mexico City with Los Adaes, which was at that time the provincial capital of Texas (1722-1772). As the road developed, it had tremendous impact on the people who traveled it and who lived out their lives near it. It was truly an agent for cultural diffusion. Traveling along this national historic trail, one can trace the history of Texas and northwestern Louisiana and gain a new appreciation for the rich heritage which is ours.

Why is the trail important to Milam County? To travel this Trail through Milam County means revisiting the history of this county. It means walking along the pathways blazed by our ancestors. The route of the Camino de los Tejas through Milam County is described in a book by Al McGraw and others, A Texas Legacy: The Old San Antonio Road and The Caminos Reales. In this book, McGraw notes that the trail entered Milam County north of Thrall at Detmold. It then went to Apache Pass, then northeast crossing Little River between its confluence with the San Gabriel and the FM 1600 Crossing. It goes on toward Cameron, passing near the present day airport. The road forks in Milam County near Apache Pass with a portion of it going through Rockdale and Gause. [Another book in the Images of America series was co-authored by our own chapter members Lucille Estel and Mary Jo Graham called “El Camino Real de los Tejas” available online and in bookstores. 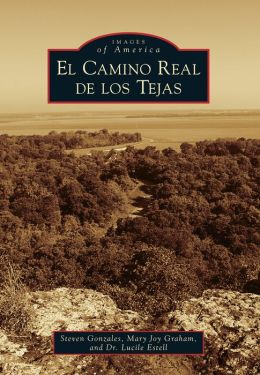 Apache Pass was a major crossing on the Trail. It is a site where the wagon tracks across the San Gabriel River are still in evidence. Near Apache Pass are the mission sites, an area recognized by the National Register of Historic Places for its importance in the history of our nation. Some portions of rural Milam County look much as they did in 1691 as our ancestors traveled the Trail. As we study our county as naturalists, how appropriate that we also recognize the heritage which is a part of it as well!

For more information visit the website for the National Historic Association that tells a whole lot more about it.

Also take a look at a recent (2018) TPWD / PBS TV show that talks more about it.  “Travel across Texas on the Camino Real de los Tejas, and meet a man on a mission to highlight the history, places, and culture of this centuries-old pathway. Aired: 02/11/18 Expires: 02/19/20” 26 minutes in length, includes some or all of TPWD’s Youtube video on the El Camino Real de los Tejas trail, about 16 minutes. Watch both.